At JSW Cement, we believe in manufacturing products that provide strength to the structure, while keeping in mind the need for building material to be eco-friendly in nature. Our cement products are helping us bridge the gap between customer satisfaction and eco-efficiency.

A cement is a binder, a substance used for construction that sets, hardens and adheres to other materials to bind them together.

What is cement
made of

When mixed with water, cement acts as a binder material to make mortar or concrete for all types of construction.

The origin of hydraulic cement can be traced back to ancient Greece and Rome. The materials used for creating cement were lime. 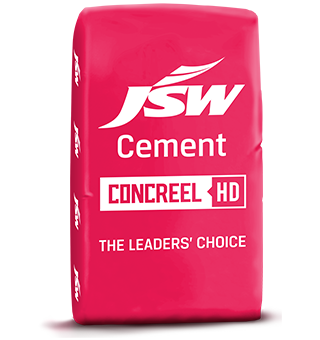 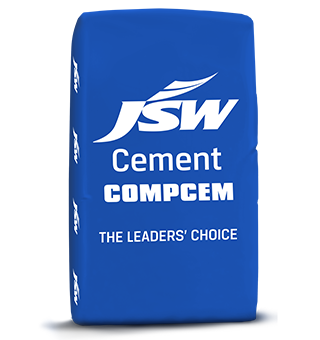 Our composite cement is a revolutionary offering designed for concrete-based construction requirements. 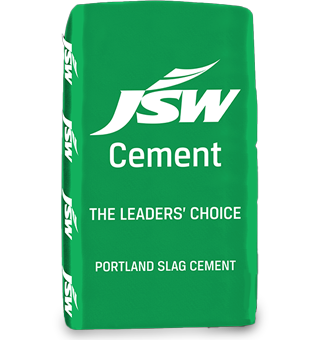 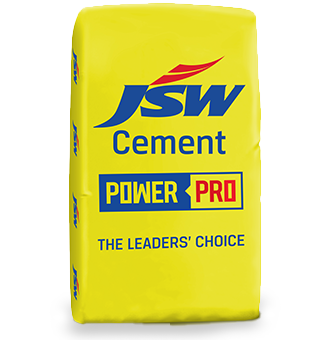 This product is an
environment-friendly cement, conforming to IS 455:2015 with high strength, superior durability and resistance to aggressive chemicals present in the environment. 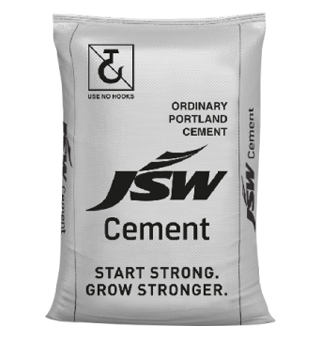 OPC is among the most commonly used cement variants in general concrete construction work.

What are the different types of cement?

For regular constructions, the commonly used cements are:

Also there are other varieties of cement used for specific requirements, such as:

What type of cement is better to use for home construction?

The above three types of cement give higher durability and long life to your structure apart from giving desired strength.

Which cement is best in strength?

When it comes to choosing the right cement by strength, there is a wide range of options available in our portfolio for diverse construction needs and from other cement manufacturing companies in India who offer good quality cement.

Which cement to be used for concreting?

Concrete being the most important part of your entire construction, one should select the best quality blended cement available in the market for all concreting works. Nowadays some high-quality blended cement types are available in the market, which are specially suitable for concrete application. One such product from JSW Cement is Concreel HD (CHD).

Which cement should be used for plastering?

Any good quality blended cement or composite cement may be used for plastering work.

What is grade of cement?

Cement grade is a numerical classification that correlates to compressive strength, which determines the strength that the cement can bear at particular ages. Choosing cement grades should be based on the specific requirements of the construction project.

However, besides a grade of cement, durability aspect of a cement is also of paramount importance for selecting a cement for long life of a structure.

What is cement made of

The most important raw materials for making cement are limestone, clay, shale, chalk, sand, bauxite, and iron ore. Also other materials like Slag and Fly Ash are added in cement to impart some good properties in it.

Chemically, cement is a mixture of calcium silicates and small amounts of calcium aluminates that react with water and cause the cement to set. Calcium derived from limestone and clay, mudstone or shale as the source of the silica and alumina.

When mixed with water, cement acts as a binder material to make mortar or concrete for all types of construction.

The origin of hydraulic cement can be traced back to ancient Greece and Rome. The materials used for creating cement were lime and volcanic ash, which reacted with water to form a hard mass. This gave birth to the cementitious mortar and concrete over 2,000 years ago and was subsequently used in construction work

Modern-day cement was created in 1824 by Joseph Aspdin, a British bricklayer and builder, who experimented with heating limestone and clay until the mixture calcined, grinding it and then mixing it with water. Aspdin named this portland cement, after the famously strong building stone from the Isle of Portland in Dorset, UK.

>In 1845, Isaac Johnson fired chalk and clay at much higher temperatures than the Aspdin, at around 1,400-1,500 o C, which led to the mixture clinkering, and produced what is essentially modern-day cement.